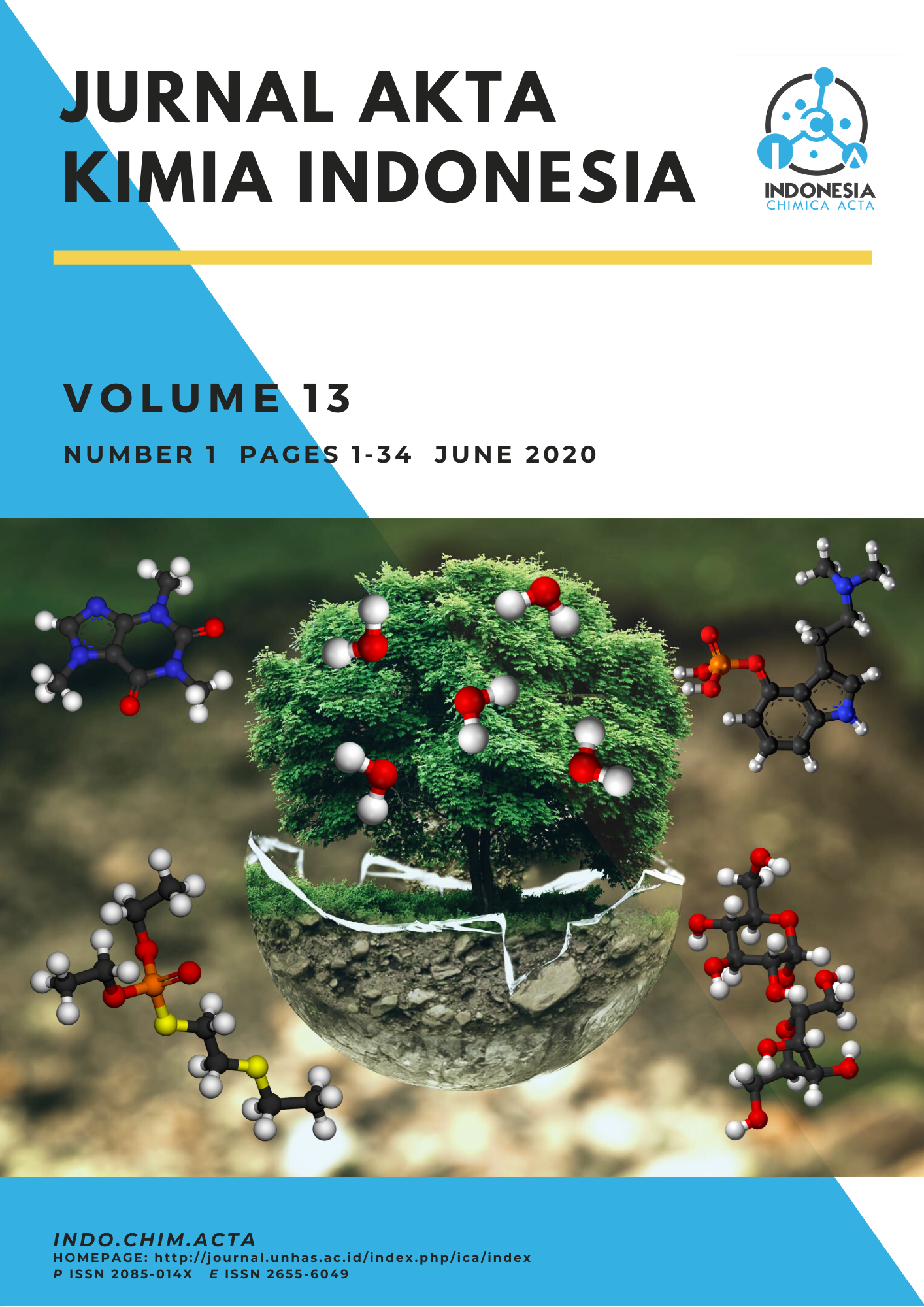 Keywords:
Synthesis of compound (E)-4-(3-oxo-3-(phenethylamino)prop-1-en-1-il)-1,2-phenylene diacetate (3) analogue (E)-3-(3,4-dihydroxyphenyl)-N-phenethylacrylamide as a recommendation from the QSAR analysis was carried out. The synthesis of these compounds uses the starting material of caffeic acid through the stages of the reaction of acetylation, chlorination, and amidation. Acetylation was carried out using acetic anhydride in pyridine at room temperature for 4 hours. Chlorination was carried out using thionyl chloride reagent in dimethylphromamide solvent under reflux conditions at 80ºC for 4 hours, followed by amidation using phenethylamine in dichloromethane solvent at room temperature for 1 hour. The structure of each phase of the reaction product is identified using FT-IR spectroscopy. Acetylation produces white crystalline solids with melting point 182-184oC, and amidation produces compound 3 in the form of white crystals with melting point 170-173oC. The results of activity tests on murine leukaemia P-388  cells showed that the activity of compound 3 was classified as very strong (IC50 = 0,5 µg /mL) so that it was potentially used as an anticancer drug.